Webiomed is the winner of Digital solutions for healthcare 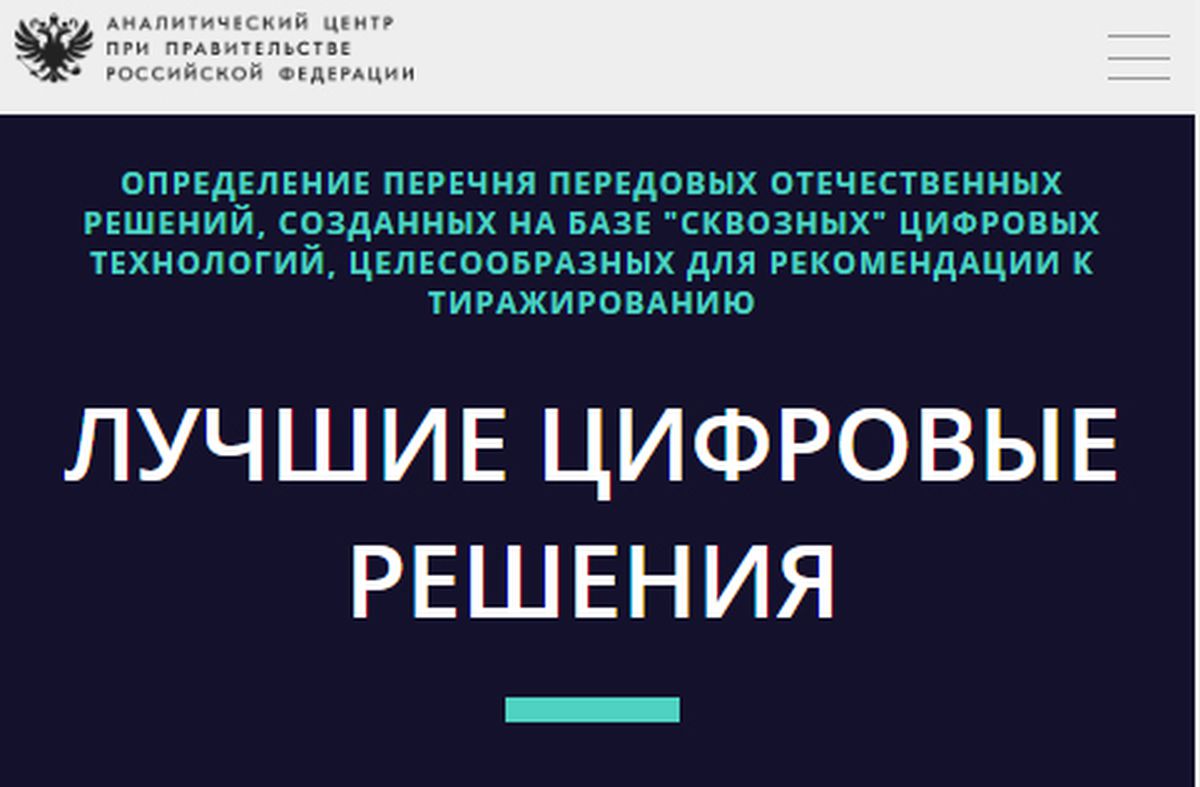 The competitive selection results of best domestic solutions based on the end-to-end digital technologies with high potential and demand for distribution were summed on June 30. The contest was organized by the Analytical center under the Government of the Russian Federation and the Ministry of Communications of Russia.

The goal of the competition was to select the most competitive domestic digital solutions and practices.

A total of 300 applications were received for the competition. 221 proposals were pre-selected. According to further examination, finalists were selected and the Commission of the competition voted.

The winners of the "The best digital solutions" contest were 35 software products from 14 regions of the country. 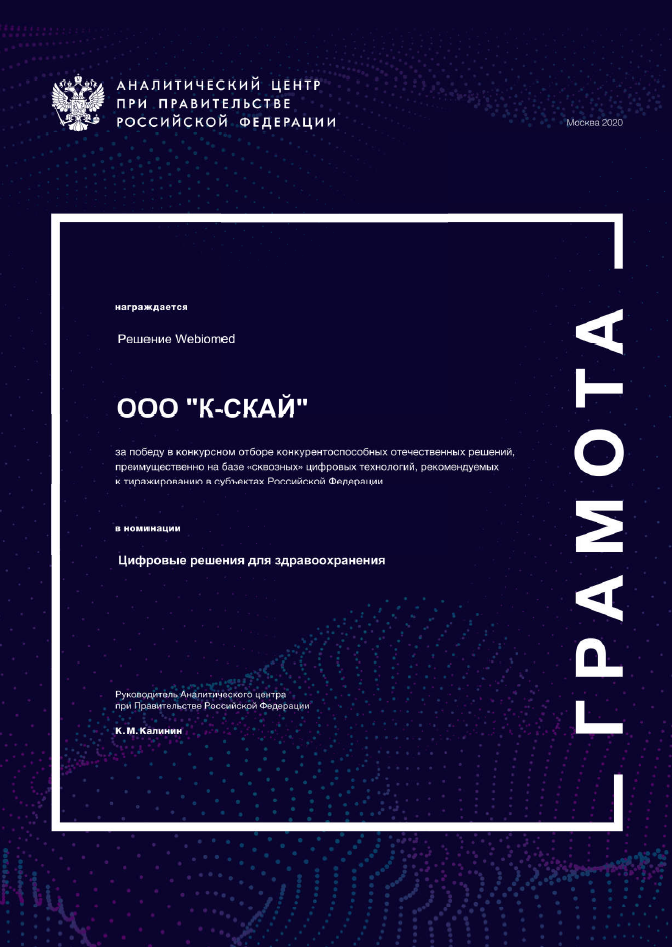 Webiomed system is one of 3 winners in the Digital solutions for healthcare category.

The system will be included in the Bank of digital solutions and practices recommended for implementation and distribution in the regions of the Russian Federation," Roman Novitsky, Webiomed CEO

The winners of the commercial track of the AstraZeneca Skolkovo StartUp Challenge 2020 acceleration program were determined on July 2. …

Webiomed CDSS was among the nominees for the Digital Health Awards Grand Prix as a Startup of the Year. 19 …